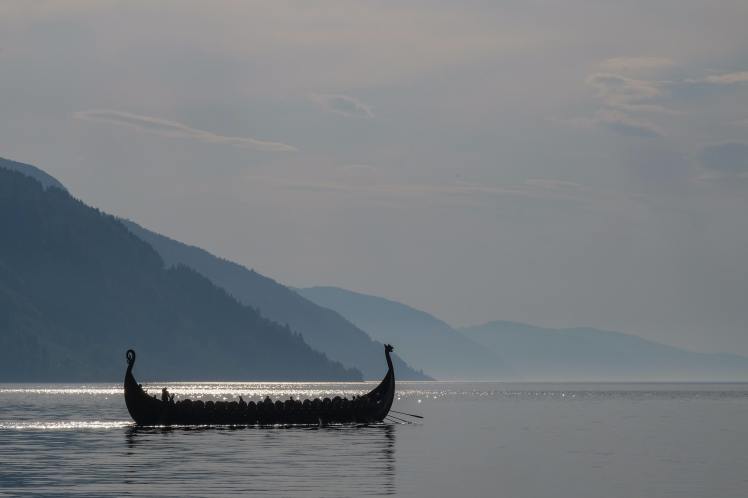 The Battle of Largs, which took place on 2nd October 1263, was by and large an inconclusive engagement between the kingdoms of Scotland and Norway.

Fought on the banks of the Firth of Clyde, Alexander III of Scotland successfully repelled an amphibious invasion by Norwegian King, Haakon IV.

Although the battle itself proved rather indecisive, the repercussions of this engagement were immense; heralding a downturn in Norse influence in Scotland, the death of a king and the consolidation of Scottish influence in the north of Britain.

In the early 13th century, the Firth of Clyde marked the end of Scottish influence and replaced it with Norse; truly frontier territory in a region we know to be quintessentially ‘Scottish’ today.

‘Scotland’ as we know it was far different then. During this era, Norse influence in northern Brtain was extensive, and there had been a Scandinavian presence here for quite some time. While the mainland was largely under Scottish control, the islands of Bute and Cumbrae – located a short distance across the water from Largs – were under Norwegian control.

Furthermore, a significant portion of the Hebrides were under the control of Norse rulers.

Norsemen had begun raiding in Britain and Ireland some four centuries before this event, and during much of this period there was no ‘Kingdom of Scotland’. The growth of Norse influence in northern Britain coincided with the development and rise of the Kingdom of Alba, and throughout this period both sides engaged in a to-and-fro to achieve dominance of lands in the north and west.

By 1262, the Kingdom of Norway was at the height of its power. Having acquired Greenland and Iceland it was a formidable kingdom with a known prowess for naval combat and devastating infantry.

The Sudreyjar, or Southern Islands, were comprised of the Inner and Outer Hebrides and Kintyre. The Kingdom of Man, located on the Isle of Man, had also been under the control of Norwegian monarchs since around 1100AD.

Conversely, the Kingdom of Scotland had gradually increased in both size and stature, and Alexander III was determined to expand on this with the aim of asserting his authority and completing his father’s vision of a Scottish-controlled Hebrides. Before his death, Alexander II had fought a vicious campaign against Norway to wrestle control of the various islands of the Hebrides. His obsession proved fatal, however, and whilst sailing up the west coast in 1249 he died of a fever.

The battle at Largs formed part of an expedition against Scottish advances during the Scottish-Norwegian War (1262-1266).

King Haakon was intent on reasserting Norse power and influence in the Western Isles.

Previous Scottish attempts to purchase the islands had failed and resulted in offensive military actions against Norwegian-held territories. Raids were launched deep into the Hebrides under Alexander’s orders.

In response to this, Haakon sailed a sizeable a fleet west. Stopping in Orkney, a Norse stronghold at the time, his fleet was joined by local forces and began sailing its way down the western coast; stopping intermittently to demand allegiance from various figures whose loyalty, Haakon believed, was beginning to waver under intense pressure.

According to contemporary sources, which include the Hákonar saga Hákonarsonar and the Chronicle of Melrose, by the time this fleet reached the Clyde in September Haakon had more than 100 ships and some 20,000 men at his disposal.

The exact strength of Haakon’s force is disputed, although we know he commanded a large enough force to prompt a reaction from the Scottish king. Eventually, the Norwegian fleet occupied the Firth of Clyde and anchored off the Cumbraes. Negotiations between the two monarchs took place, but Alexander was unwilling to come to an agreement and made his way up the Ayrshire coast toward Largs.

The pawns were set and battle was imminent; one that could define either kingdom’s fortune.

However, as any Scot will tell you, the weather often has other plans. There would be no large-scale pitched battle. Instead, Largs would bear witness to a bloody stramash on the beaches overlooking the Firth.

During the night on the 30th September, a storm battered the Norwegian vessels anchored in the Firth. Some were wrecked, man and all, while others were driven aground on the Ayrshire coast. Survivors are said to have been attacked by a small number of Scots, yet this is not recorded as having been a significant engagement and losses are believed to be minimal at first.

On the morning of the 2nd, Haakon led a force onto the beach to recover what was left of the vessels. It is here that King Alexander III saw the perfect opportunity to strike. While a rescue force ranging between five and eight hundred Norwegians salvaged the wrecks, Scottish troops attacked.

Chronicles of the time state that the Scottish force included more than 500 knights on horseback and a significant infantry force. Accurate details of the numbers involved are limited and have been subject to debate for quite some time, yet contemporary sources suggest that the Norwegian force was outnumbered by around ten-to-one.

If one were to take these at face value, then Scottish troops numbered more than 5,000 and could have been nearer to 8,000.

Contemporary records appear to corroborate with the numbers detailed in the sagas due to wages paid at the time. Walter Stewart, Earl of Menteith, is recorded as having maintained more than 120 sergeants – which could include knights or mounted men-at-arms – at Ayr Castle for three weeks.

According to the saga, Scottish infantrymen were armed with bows and “Irish axes”. The Chronicle of Melrose described these men as “pedisequi patrie” – essentially foot-sloggers of the locality. This suggests that a large contingent of the infantry force assembled was drawn from the surrounding area.

Backs to the Sea

A contingent of the Norwegian force, located on a nearby hill, began to retreat down toward the beach as the Scottish army approached. During this withdrawal, these men were reportedly set upon by the vanguard of the Scottish forces.

King Haakon was hurried away by his bodyguards while the fighting on the beach escalated. In danger of being completely overrun, many Norwegian men began clambering into their boats – with some sinking due to overcrowding.

When reinforcements arrived, the Scots pulled back from the beach. What fighting there was is described as visceral, yet once withdrawn the engagement quickly turned into a ranged battle. Stone-throwing and arrows were exchanged between both sides until the Scottish force eventually withdrew.

The Norsemen had survived to live another day and mend their wounds.

While Haakon was determined to fight back from this defeat, his options were limited. With winter approaching, low supplies and a poor supply chain, the men under his command were demoralised.

He wintered in Orkney, vowing to return in Spring and defeat Alexander once and for all. This campaign of vengeance would never take place, though, as he died in December of that year. His death marks the last invasion of Scotland by a Norwegian king. His son, Magnus the Lawmender, had no appetite for asserting his rule in the Hebrides and gave them up three years later.

The Isle of Man was also given to Scotland in return for an annual payment of 4,000 marks in silver. As Norway intermittently deteriorated into civil war, Scotland simply stopped its annual payment to the kingdom. By this point, control was absolute.

Today, the battle is commemorated in Largs with a monument, built in the 20th-century.