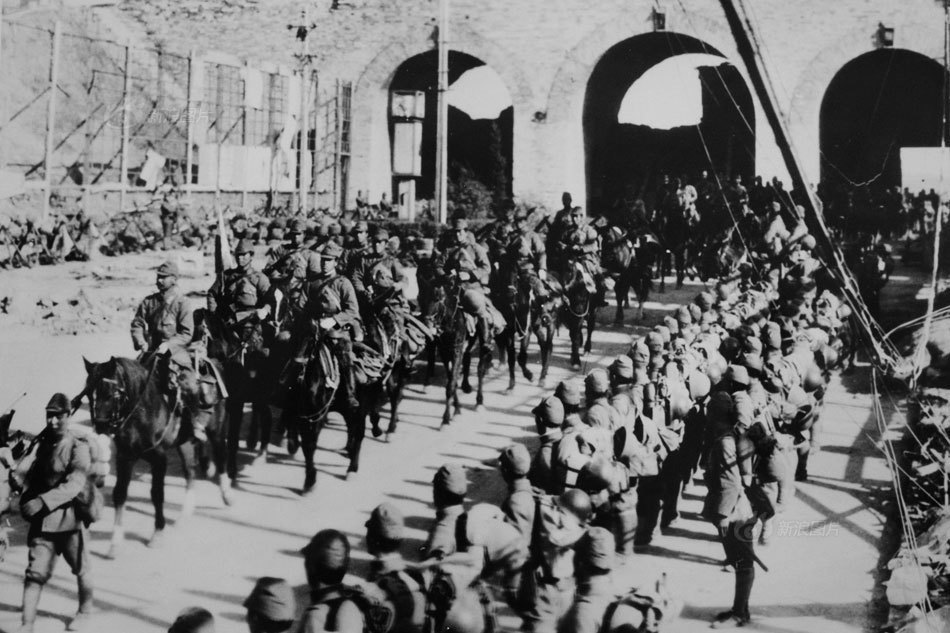 In 1937, before a shot was even fired in Europe, Imperial Japanese forces were engaged in a long, bloody conflict in China – and it is during this period that we catch a glimpse of the atrocities that would stain the 1940s.

The event, or series of events, we are looking at today is the Japanese occupation of Nanjing, commonly referred to as the ‘Rape of Nanjing’.

Anyone with a modicum of knowledge on the Second World War will know of the atrocities committed by Imperial Japanese forces. Their atrocious treatment of PoW’s and civilians throughout South East Asia, Oceania and China are well documented. Several years before those times however, when Japanese forces entered Nanjing, they let loose upon the people there.

In August 1937, the Battle of Shangai set into motion a series of events that would lead to disaster for Chinese forces and civilians throughout the country. The Battle of Shanghai was a visceral, bloody engagement for both sides. However, by mid-November, Imperial Japanese forces had captured and subjugated the area.

Despite sustaining heavy casualities after weeks of fighting, Japanese forces of the Central China Area Army and 10th Army were ordered to capture the city of Nanjing and the surrounding area. The subsequent advance prompted hysteria among Chinese civilians and military forces, with thousands of the latter desperately trying to avoid capture.

Cry havoc! and let slip the dogs of war

Upon entering the city, Japanese forces appear to enter a feral state, abandoning all reason and humanity and embarking on a campaign of terror, abuse and murder against the people of the old Chinese capital.

A truly ghastly affair, and throughout we see sadistic methods and practices by Japanese troops. Groups of individuals were buried alive, some were burned alive, and the lucky ones were simply executed en-masse.

Beheadings were commonplace throughout this event, and there are accounts (although hotly debated) of ‘contests’ between Japanese officers to see who could behead 100 people in the shortest time.

In 1937, Japanese media covered the story of Toshiaki Mukai and Tsuyoshi Noda of the Japanese 16th Division, who were both vying to reach this goal of 100 beheadings. Throughout the course of the war these two men are alleged to have murdered over 300 people between them, and upon Japan’s surrender in 1945 the officers were tried and executed for war crimes.

Countless PoW’s were hanged, shot and beheaded, with many more being buried alive alongside civilians. To this day the number of Chinese PoW’s executed is still unknown.

As hostilities had not yet erupted between western nations and Japan, there were a range of western civilians in the city during this event, and their accounts of the actions of Japanese soldiers are harrowing.

A surgeon, Robert O. Wilson, in the university hospital within the US safety zone, wrote home on several occasions detailing the events unfolding before his eyes.

“The slaughter of civilians is appalling. I could go on for pages telling of cases of rape and brutality almost beyond belief,” he wrote. “Two bayoneted corpses are the only survivors of seven street cleaners who were sitting in their headquarters when Japanese soldiers came in without warning and killed five of their number and wounded the two that found their way to the hospital.”

The Minnie Vautrin Diary detailing atrocities provides some of the most compelling and harrowing accounts of the Nanjing Massacre. Excerpts detailing what she witnessed can be found online, or the diary itself can be purchased.

In her diary she details the callous brutality of Japanese soldiers and, in particular, their treatment of Chinese women.

“A woman of almost 50 living down near San Pai Lou. She had three sons and two daughters-in-law. Four nights ago two soldiers came to the door at about 10pm, unable to push the door they forced their way in through a window and found themselves in Liu Lau Tai’s room.

“They demanded her daughters-in-law and when she refused and started to go for a military police they cut two gashes in her face and one in her heart. She died from these wounds.”

Japanese soldiers employed an age old weapon against the people of Nanjing, rape. Assault on women throughout the Nanjing Massacre were widespread and anywhere up to 20,000 women and girls were raped and brutalised.

John Rabe, leader of the Nanjing Safety Zone details his experiences in dealing with these cases during his time in the city.

“In one of the houses in the narrow street behind my garden wall, a woman was raped, and then wounded in the neck with a bayonet. I managed to get an ambulance so we can take her to Kulou Hospital.

“Last night up to 1,000 women and girls are said to have been raped, about 100 girls at Ginling College alone.

“You hear nothing but rape. If husbands or brothers intervene, they’re shot. What you hear and see on all sides is the brutality and bestiality of the Japanese soldiers.”

In January of 1938, after several weeks of bloodletting, refugees within the safety zones were ordered to return to their homes.

Japanese officials claimed at the time that ‘order had been restored’ and that daily life were to continue as normal. For the people of Nanjing subjected to relentless bouts of violence, however, life would never be the same again.

As order was gradually restored, the frequency of attacks and atrocities did dissipate.

General Iwane Matsui, leader of the Japanese Expeditionary Force in China, began to realise the extent of the atrocities being committed by his men in Nanjing – albeit too late.

Speaking of his knowledge on the atrocities being committed, he is claimed to have stated to an aide:

“I now realise that we have unknowingly wrought a most grievous effect on this city. When I think of the feelings and sentiments of many of my Chinese friends who have fled from Nanjing and of the future of the two countries, I cannot but feel depressed.

“I am very lonely and can never get in a mood to rejoice about this victory … I personally feel sorry for the tragedies to the people, but the Army must continue unless China repents.

“Now, in the winter, the season gives time to reflect. I offer my sympathy, with deep emotion, to a million innocent people.”

Although an apparent admission of guilt on his part, Matsui’s lack of action on the issue, his burying of the head in sand, simply allowed the ordeal to continue far longer than it did.

Matsui was recalled to Japan following the massacre and retired. Upon Japan’s surrender in 1945, he was tried by the International Military Tribunal for the Far East and is executed.

The death toll in Nanjing is debated. Contemporary Japanese statistics could be considered laughable, amounting to only several hundred dead. A range of sources estimate that anywhere between 30,000 to 300,000 people were murdered during this month-long tirade of violence.

Modern Chinese sources (in particular the Chinese Government) claim that these numbers range even higher and are, in fact, closer to half-a-million.

“More than 190,000 mass slaughtered civilians and Chinese soldiers killed by machine gun by the Japanese army, whose corpses have been burned to destroy proof.

“Besides, we count more than 150,000 victims of barbarian acts buried by the charity organisations. We thus have a total of more than 300,000 victims.”

Researchers state that the death toll numbers between 40,000 and 60,000 based on a number of sources from the time, including Red Army statistics and the Nanjing Safety Zone committee.

Regardless of the true number of casualties, the barbarism and horrific nature of this event are beyond comprehension. The callous behaviour of Japanese soldiers is a stain on the tapestry of 20th century history, and this behaviour continued for another several years until Japanese capitulation in the wake of Hiroshima & Nagasaki.

6 thoughts on “83 Years On: Remembering the Nanjing Massacre”